Apocalypse Rising 2 is an in-development zombie survival shooter with a primary focus on PvP.

This game started development in 2016 and was released to the public on August 4th 2017 for an Alpha access fee of R$ 1,000. The fee has been reduced several times over the course of new updates, and is currently at R$ 200.

Weapon skins and game-passes will not carry over from Apocalypse Rising 1.

Apocalypse Rising 2's map, once completed will be 2.7 times larger than Reimagined and 1.48 times smaller than Reborn. This makes the map have some of the action of Reimagined, and some of the variety of Reborn.

The player will be able to punch and melee with any weapon.

There will be a new script creating a list of exploiters

Some examples of what the new models will look like. Note the lower-poly style.

A rough draft of what the new inventory will look like. 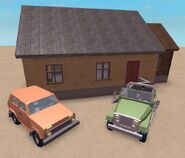 Two vehicles in the new style next to a house in the old style.

A police car in the new style. It appears to be a Dodge Diplomat.

Building materials in the new style.

A truck in the new style.

A house interior in the new style.

A motorcycle with a sidecar in the new style. This appears to be a Honda 350

A new ATV will also be added. It appears to be a Kubota.

Loot such as guns and consumable will be found in gun safes, fridges and freezers

Some handguns will be able to have scopes attached to them

A new palm tree as well as a car that resembles a Rolls-Royce or a Mercedes.

New Cars and truck will be added to Apocalypse Rising 2, they look like a Dodge D50 (or Mitsubishi Mighty Max), a Yugo GV (or GV Sport), and a Dodge Diplomat (or Ford Crown Victoria).

An exterior shot of a new building for AR2, which is an office.

Exterior shot of the new Observatory tower which also has a communication tower. 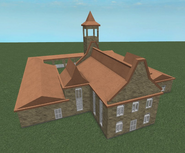 A side shot of a red barn which will feature in AR2. 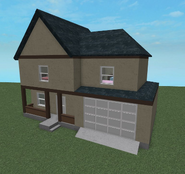 An exterior shot of 2 floor house which includes a garage and a front porch.

Interior shot of the new Observatory Powerhouse for AR2.

Exterior shot of the new Observatory Powerhouse for AR2. 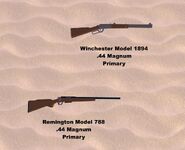 Two guns that will be added, the Winchester Model 1894 and Remington Model 788.
Add a photo to this gallery
Retrieved from "https://roblox-apocalypse-rising.fandom.com/wiki/About_the_Game_(Apocalypse_Rising_2)?oldid=95140"
Community content is available under CC-BY-SA unless otherwise noted.